James Bond fans are in for a treat in January 2019, as renowned Band, the popular Q The Music Show, are putting on a special concert - performing all the music from Moonraker on

They are drafting in professional musicians from London to create a 100-piece Orchestra and Choir to recreate all of John Barry’s iconic cues from the 1979 film. As there is only around 50 minutes of music in the film, they will perform the best of the James Bond songs in the second half in true Q The Music style, but with full orchestra.

Because of the nature of this concert, and the huge costs involved, they are crowd funding it, so tickets have to be purchased by 6th May this year for the concert to go ahead on Saturday 26th January 2019.

Q The Music Show are popular with James Bond fans all around the World thanks to their dedicated and authentic versions of the music and were chosen to perform at Sir Roger Moore’s Memorial Event at Pinewood Studios in October last year. The concert will be compered by Bond girls Madeline Smith and Caroline Munro, who have been working with Q The Music this year on their theatre tour of the UK.

The concert will not be available to buy on recording after the show, and the Moonraker score has never been performed live, so this is a unique opportunity for fans to see it. If the project is a success, Q The Music plan to go on a do a different Barry/Bond score each year.

*Please note, this is a music only performance – no images or footage from the film will be shown, and Q The Music are not associated with EON, Danjaq LLC, or the James Bond Films in any way. 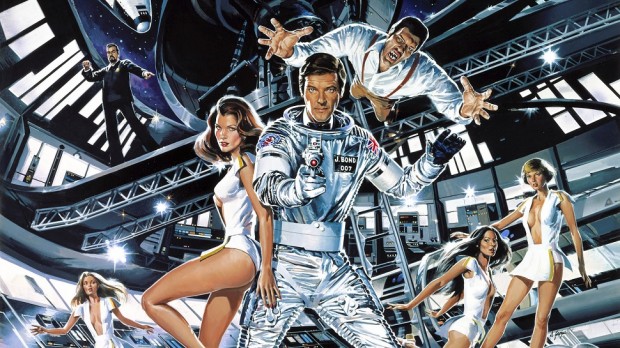