Congratulations to Ruud who has re-created this wonderful website dedicated to the 1950s TV series, Oh Boy!

Oh Boy! was the John Barry 7's first break on Commercial TV and eventually led to their residency on the BBC's Drumbeat series.

The sad saga of John Barry’s house in Mallorca

Over the last few years, a couple of people had contacted us about the possibility of purchasing and restoring John’s former property and asking for contact information.

One of them, a resident of Germany, duly set about purchasing it but received several warnings of likely problems from various consultants.

This is his story.

The sad saga of John Barry’s house in Mallorca

Over the last few years, a couple of people had contacted us about the possibility of purchasing and restoring John’s former property and asking for contact information.

One of them, a resident of Germany, duly set about purchasing it but received several warnings of likely problems from various consultants.

Firstly, law changes made 8 years ago stipulated that houses must be finished within 3 years after getting the building permit – and this house has been unfinished and empty for the last 40 years.

Secondly, the area where the house is placed has become a “green zone" area; and it’s forbidden to build any housing there.

Fourthly, the house has 3 storeys; the maximum allowed now is 2 storeys. This would mean, in the worst case scenario, partial demolition and the loss of the overall unique design.

Acquiring all this information cost him 10,000 Euros!

The Spanish lawyer who was in charge of selling the house, was not being very helpful, but he did have a real estate agent who handled it. After eighteen months, he started to push for a sale, claiming he had a second buyer, also from Germany, who was interested.

This was taken to be merely selling technique, since the house was not even visibly on the market, and in any case the original interested party had even more concerns. He explained that he needed more time to talk to all relevant government departments, to see if there was any possibility of exception to the rules. Furthermore, the island had recently undergone a change of government and things were changing -- nobody was able to confirm anything which had a legal basis for buying the house.

However, it turned out there really was a second buyer and he duly completed the purchase at the beginning of this year - 2016!

The new owner also liked the history of the house and thought he would get the building licence within 3 months – but this was 6 months ago. Apparently it has become much more difficult to get the licence, and “the Spanish time runs much, much slower then German time.”

We are told that it could take up to 3 years and then you learn if you can finish the house -- or you have to break it down.

Both sets with kind permission.

MC: Now you are residing in Hollywood, was there a specific reason why you decided to leave England?

JB: I left England and was living in Spain where I was in the process of having a house built. During which time I was offered, Eleanor and Franklin (1976) for American television. So I went to the States in October 1975 for six weeks to do that job, but have stayed ever since. It wasn't my intention to do so, but then I got offered King Kong (1976), then Robin and Marian (1976) for Richard Lester, which was an immediate situation. Initially I lived at the Beverly Hills Hotel, bungalow 15.

MC: So you still have your house in Spain?

JB: I’m trying to sell it (he laughs) – it’s unfinished. The builder is still there with a brick in his hand waiting for my next direction.

The Lion in Winter - Blu-Ray and DVD Digitally restored 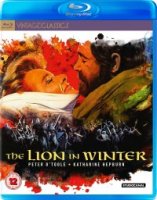 Concert The Best of James Bond

The Best of James Bond
Over 50 years of iconic music

Lionel Bart: Theme from From Russia with love
John Barry: Goldfinger
John Barry: Thunder Ball
John Barry: Theme from You only live twice
John Barry: Diamonds are forever
Marvin Hamlisch: Nobody does it better from The Spy Who Loved Me
Bill Conti: For your eyes only
John Barry: All time high (main theme) from Octopussy
David Arnold: The world is not enough
Jack White: (with Alicia Keys): Another way to die from Quantum of Solace
Adele Adkins: Theme from Skyfall
Sam Smith: Writings on the wall
Paul McCartney: Live and let die

Bond songs from the past 50 years are performed alongside a tribute to other spies and detectives from around the world. We found the notes online 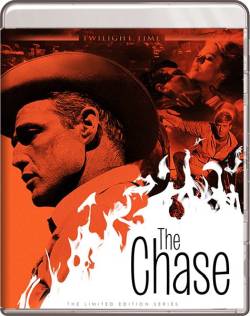 Twilight Time will be releasing The Chase on Blu-Ray on October 11th.

"The Chase (1966) is all-star in every department, with Arthur Penn (Bonnie and Clyde) directing from a Lillian Hellman adaptation of a Horton Foote play, and a cast including the sterling likes of Marlon Brando, Jane Fonda, Robert Redford, E.G. Marshall, Angie Dickinson, Janice Rule, Robert Duvall, and James Fox. The film focuses on a small, corrupt Texas town where a prison break exposes local secrets, lies, and violence. Also featuring an astonishing John Barry score, available on this Twilight Time release as an isolated track."

Link works only when you click on title above...

Published in Snippets
Tagged under
Read more...
Page 12 of 90