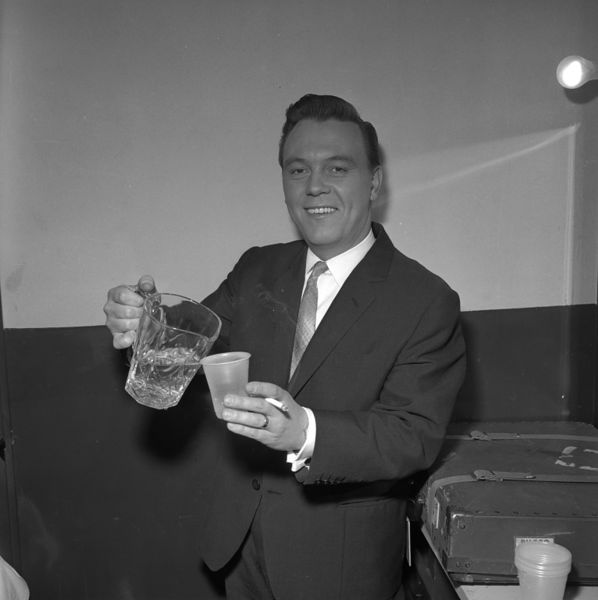 Matt was born Terry Parsons in north London in 1930, to Alice and Frederick. He had three brothers, Arthur, Reg and Harry and a sister, Alice. It was a tough childhood, his father died when he was three. His mother became ill and she came to stay at the hous of his sister Alice, then went into hospital from there and then died of brain tumor.

Matt was fostered out for two years, being evacuated during the war, butreturned to London to live through the blitz because Nan wanted him back home. Leaving school at 14, he tried a succession of jobs without sticking at any of them for very long, before National Service beckoned at age 18 and Matt became a tank driving instructor in the army and was posted to Hong Kong.

He had sung in public from an early age, notably at the local Tufnell Park Palais, and in Hong Kong he took to entering local talent contests, winning several. In fact, he became so successful he was eventually barred from competing. Instead they gave him his own radio show, Terry Parsons Sings. 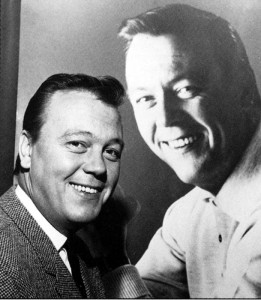 After de-mob, he returned to London, to try and make a career out of singing. Initially he had little success and was obliged to take on a driving job to supplement his meagre income from the occasional singing engagement. He also hung around the music publishers offices in Denmark Street and occasionally made demos of new songs for their ever-optimistic song-pluggers to hawk around.

Before too long, however, pianist Winifred Atwell heard his voice and recommended him to her own recording company, Decca, who signed him. She also helped choose his new name, Matt Monro. Matt coming from Matt White, a journalist friend, and Monro was Atwell’s father’s first name. Although the recording session went well, sales were only moderate.

He got some radio exposure on Radio Luxembourg and also on the BBC with Cyril Stapleton’s ‘BBC Showband’ show and a TV spot on The Winifred Atwell Show. But his lucky break came when EMI producer George Martin asked him to make a demo disc for Peter Sellers to use as a guide to copying the voice and style of Frank Sinatra for his forthcoming album, “Songs for Swinging Sellers”.

It was such a good guide that Sellers realised he couldn’t improve on it himself and the recording was included on the LP under the name of Fred Flange. When word got out who the singer really was and what a fine voice he had, George Martin knew he was onto a winner and signed him for the Parlophone label. 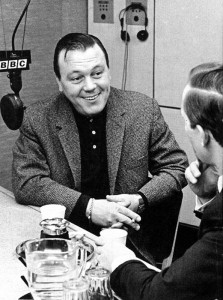 Almost immediately the combination of Monro, Martin and arranger/conductor Johnnie Spence had UK hit parade success with Portrait of My Love. This was swiftly followed by further hits of the calibre of My Kind Of Girl, Gonna Build a Mountain, Softly As I Leave You, From Russia with Love and Walk Away. The latter became the first hit for his manager and friend, Don Black, whom he had met during his Denmark Street days when Don was working for Toff Music.

He also made the American charts at a time when this was still quite a rare occurrence, with My Kind of Girl & Walk Away. Another success came when he became the first artist to cover “Yesterday”, taking it into the top ten in England.

Between March 1960 and January 1966, Parlophone issued nineteen Matt Monro singles, as well as eight EPs and four LPs. However, a label switch came in 1966, following the death of Nat King Cole. Capitol Records wanted a replacement and Matt was seen as the perfect choice.

This was also the beginning of a trend towards LPs rather than singles and he was backed by the likes of Sid Feller and Billy May on albums which included “This Is the Life”, “The Late, Late Show”, “Invitation to the Movies” and “Invitation to Broadway”.

His Capitol singles were not particularly successful, with the exception of the very first, the memorable Born Free, with music by John Barry and lyrics by Don Black in only their second collaboration.

The new recording contract necessitated a move to the US and he became popular on TV and in cabaret there for a few years.

Back in England he stayed with George Martin but changed labels within EMI to Columbia before that label itself vanished and was incorporated into the new EMI label. During this period Matt twice recorded singles with both sides Barry / Black compositions: This Way Mary / Wish Now Was Then and Curiouser and Curiouser / The Me I Never Knew. He also recorded We’re Gonna Change The World – originally music used in a TV commercial for Kellogg’s Cornflakes!

He continued touring, working at the very best nightclubs like ‘The Talk Of The Town’, and was a regular on TV. Unfortunately there was a side to Matt Monro that was more-or-less unknown to the public. He had a drink problem. He simply loved drinking (he was also a heavy smoker) and the best entreaties of manager Black could not contain it.

His performances appeared completely unaffected by the effects of alcohol, but eventually and almost inevitably, his health suffered. He was diagnosed with cancer of the liver but continued working.

Doctors suggested a liver transplant as a last resort to save him, but during the operation at Addenbrookes Hospital in Cambridge surgeons discovered the cancer had spread widely and a transplant would have been pointless.

Matt’s last performance was at London’s recently opened Barbican Centre and he died shortly afterwards at the Cromwell hospital in London, 7th February 1985, at the age of only 54.

His voice lives on, thankfully, through a series of re-issued CD compilations and constant radio play. He was arguably England’s greatest singer of popular ballads and achieved success and acclaim in America before The Beatles and long before Elton John.

Twenty years after his death he is still much-missed by his family, friends and many fans. 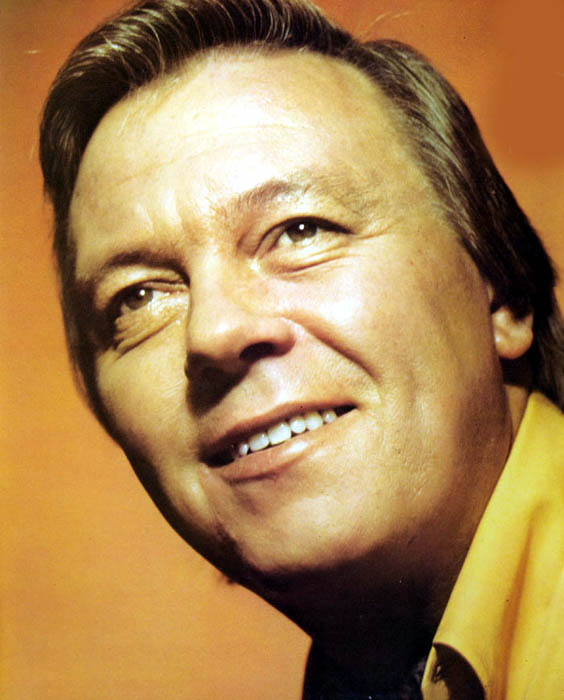