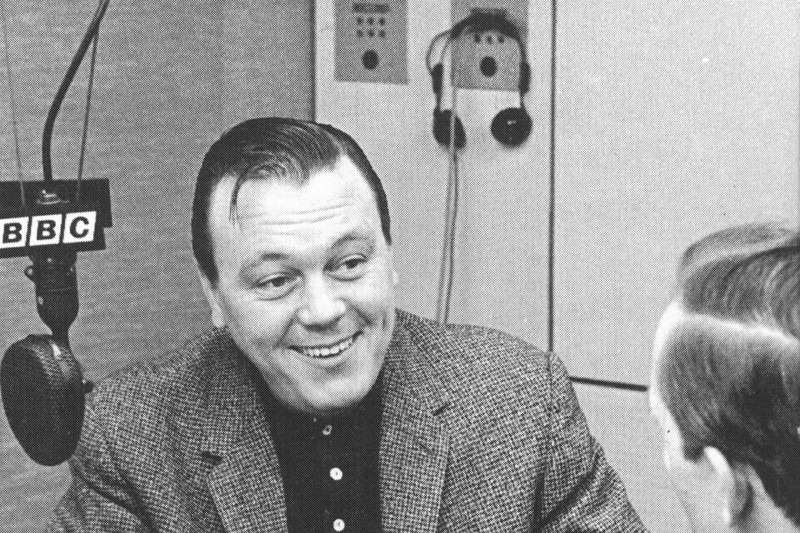 This affectionate tribute to the man and his music, on the 30th anniversary of his death is written by Andy Merriman and performed by Mark Hemmings with musical direction by Stephen Dickinson.

The Club for Acts and Actors, Covent Garden, London on Saturday 7 February 2015: two shows, no matinee. 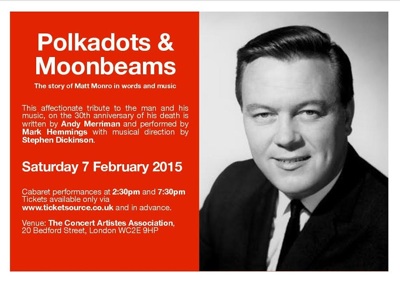 in conversation – 50 minutes into programme approx.

Nick Muir on our guestbook: For all fans of Matt Monro, I will be paying a tribute to him for his birthday tomorrow, 2nd December starting at 4pm UK time on www.bayfm.co.uk

Bay FM is a community radio station, i.e. no adverts, non profit making and run by volunteers and has just been granted a licence. Come and join me!

Nigel Colman is to tell The Matt Monro Story this Sunday April 15th, Ashcroft Theatre (click on Meetings and Other Activities) in Croydon at 3pm.
(13 Chart records) Portrait of My Love, Born Free, My Kind of Girl, Softly as I leave You, Walk Away, Yesterday, From Russia with Love etc. With sound extracts.

On the Feedback programme on BBC Radio 4, 27 minutes into programme a listener criticises Terry Wogan’s successor Chris Evans for interrrupting Matt Monro’s record ‘On Days Like These’ with “inane comments”.

The Feedback presenter then plays out the programme with the song. The continuity announcer then says “what a voice.”

I was on holiday so a slightly late message: the transmission date for THE MAN WITH THE GOLDEN VOICE has changed to 21st October at 9pm (repeated 1.45am) on BBC Four. It will be on BBC Two at some point later on, too. Of course I will keep you posted.

But most of it was also accompanied by Barry’s music from The Beyondness of Things & The Specialist – or was it Playing By Heart? Anyway, very moody JB, just right for the tone of the programme.

It was on the BBC’s digital only channel, BBC4, but well worth a look when it appears elsewhere around the globe.

Sebastian Melmoth informs us: “Mon Nov 08, 2010 2:03 pm, there’s a tragic death on Coronation Street this evening … Matt Monro will provide a thanatic soundtrack – ‘Softly as I Leave You’.”

Portrait of My Love: A Matt Monro Tribute.

Live from London’s Mermaid Theatre, Portrait of My Love: A Matt Monro Tribute. Matt Monro would have been 80 this year and it is also the 50th anniversary of the release of Portrait of My Love. To celebrate, Darius Campbell, Ryan Malloy, Graham Bickley and Stephen Triffit sing some of his hits, including Born Free, Walk Away, Michelle and Softly As I Leave You. Richard Balcombe conducts the BBC Concert Orchestra and Paul Gambaccini hosts.

Tune in to radio tircoed on Tuesday September 28, between 11am and 2pm for a special tribute show to Matt as they take a look back at his life and play loads of his music 11am British time.

Here is fascinating footage of the stars (including composer John Barry and then wife Jane Birkin) and the royal party from the Royal Premiere of Born Free in 1966.

This clearly contradicts Michele Monro’s account from “The Singer’s Singer: The Life and Music of Matt Monro.”

This will puzzle anybody who has read Michele Monro’s Matt Monro biography since it is stated therein that of the Born Free song crew, only Matt turned up and had to alert Don & John that the song was omitted from that print!!

In fact, we had proof that John Barry was at the premiere for years as a photo featured in the books “John Barry – A Life In Music” and “John Barry – The Man With The Midas Touch”. 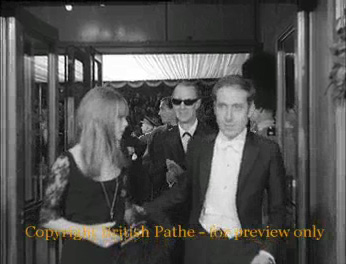 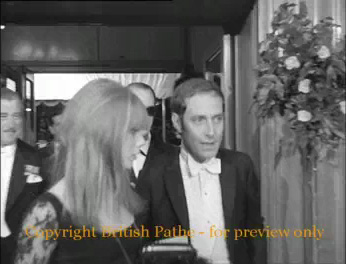 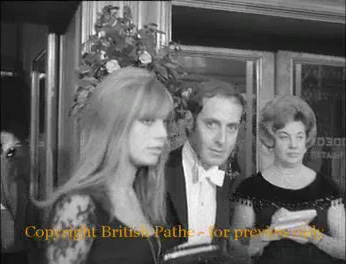 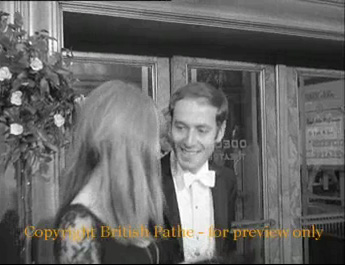 Michele Monro will be reading extracts from and signing her book on Matt in the Pitshanger Bookshop, 141 Pitshanger Lane, Ealing, London W5 on 19th May.

Listen to the Michele Monro interview for broadcast on BBC Radio Lancashire this Easter Monday evening: “Gerald Jackson with music from classic crooners.”

Your can hear the full programme “Unforgettable” via the BBC iPlayer http://www.bbc.co.uk/programmes/p001d7pd and listen again for a full 7 days.

“Mickie Monro, loving wife of the late great singer Matt Monro and beloved mother and grandmother to Michele, Matt Jnr and Max passed away on Thursday 25 February 2010. She had been ill for several months but the family hid the fact until recently. On 27 January Michele made an announcement at the Book Launch admitting that her mother had been diagnosed with bone cancer and was critically ill.”

Sara Palmer presents the Morning Show on the BBC in Jersey and shall be chatting with Michele Monro (Matt’s daughter) about her book about her father.

Michele will be on the show on Monday morning, 22 February, around 10.15 if anyone wanted to listen live on the internet – or catch it on listen again.

On their Facebook site they say: “Join us in finding a way to save the historic Abbey Road Studios from being sold to property developers.We want to keep the studios operating as a recording facility for future generations.

PLEASE INVITE ALL YOUR FRIENDS!”

This Sunday – FEBRUARY 7 – John is presenting a 2-hour MATT MONRO SPECIAL on the actual day of the 25th anniversary of his death, 2 – 4pm.

It’s a celebration of his life and will feature his widow Mickie, daughter Michele and son Matt Junior plus hit songwriter Don Black and Matt’s original musical director Colin Keyes.

A Hannam archive features part of an interview recorded with Matt Monro at Sandown Pavilion in the early 80s.

Many of Matt’s most popular recordings will be played.

This programme can be heard all along the South Coast on 107FM and all over Britain via www.iwradio.co.uk

John Hannam also has his own website on www.johnhannam.com

On their Facebook site they say: “Join us in finding a way to save the historic Abbey Road Studios from being sold to property developers.We want to keep the studios operating as a recording facility for future generations.

PLEASE INVITE ALL YOUR FRIENDS!”

Michele Monro on radio show, The Vinyl Frontier ( show airs between 7 and 10pm)

Mike Mclean writes to us: – I’m delighted to say that Matt’s daughter, Michele, has agreed to guest on my radio show, The Vinyl Frontier, on Sunday, February 7, 2010, 25 years to the day since her dad died.

She will be talking about the new biography, the commemorative CD releases, and her dad’s life and times, and of course, it will be liberally sprinkled with examples of Matt’s wonderful recordings.

The Vinyl Frontier can be heard on Your Radio, 103 and 106.9FM in the west of Scotland, or on-line at yourradiofm.com (click on listen live – top right of the screen on the home page).

The show airs between 7 and 10pm (UK time) every Sunday evening, and you can find out more about the show at its website www.thevinylfrontier.net

Titan Books Ltd is releasing Michele Monro’s biography of her father: The Singer’s Singer: The Life and Music of Matt Monro. 656 pages, 29 January 2010. 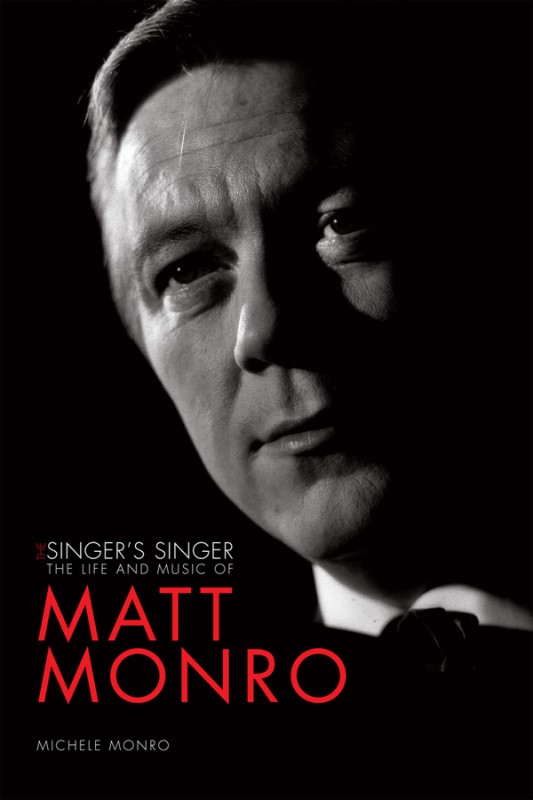 The start of a new year will see two new Matt Monro CD releases, marking the 25th anniversary of his death.

EMI will issue “The Greatest“, featuring 25 of his best-known recordings, and their budget label EMI Gold will issue an impressive box-set, “The Singles Collection“, containing both sides of every single (45) released. This ranges from his early days on Decca and Fontana through to his lengthy career with EMI/Capitol.

Would you believe it? It’s that time of year again. A new Matt Monro album: Matt Monro Born Free. Bottom of the discography page. 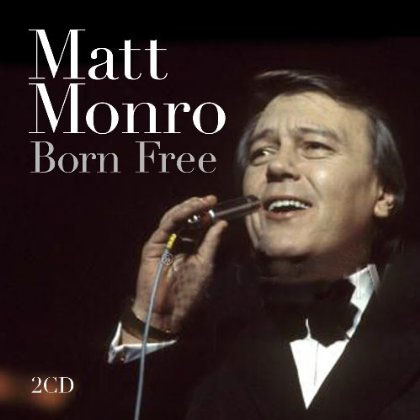 Titan Books will publish Michele Monro’s biography of her father, “The Singer’s Singer”, in early 2010, according to a report on the internet.

We would like to thank Horace Ward for the wonderful colour photo of Matt he provided. This dates back to Horace’s time as a show business photographer when he took many similar photos of the stars of that era. The photo will now take pride of place on our home page! Thanks again, Horace. 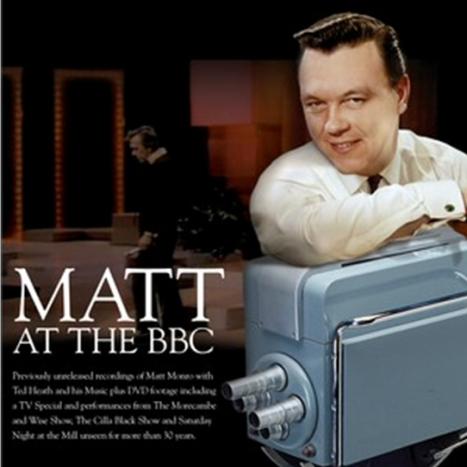 John Barry – The Man With the Midas Touch” is now available.

The book will be available from high street bookshops and the usual online (film-music) stores. 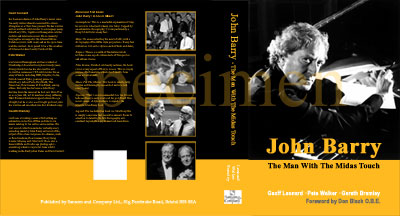