Two copies of John Barry: The Man with the Midas Touch as prizes

This might only apply to those in Ireland / UK, but you never know ....

Host Aedín Gormley appears very knowledgeable on the subject of films and music, and is an excellent presenter. I recommend giving it a try, especially tomorrow when she is giving away two copies of John Barry: The Man with the Midas Touch as prizes.

It's available via radio in Ireland, via various TV cable and satellite providers in the UK and on-line anywhere in the world - I think. Go to http://www.rte.ie/lyricfm/movies/ and test the listen live link if you live outside Ireland. 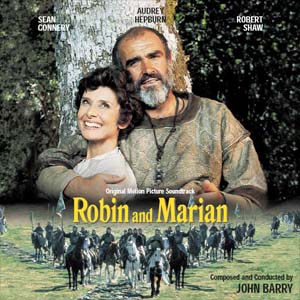 "John Barry - The Man With the Midas Touch" now available

"John Barry - The Man With the Midas Touch" is now available. Order now! Please visit this page The book is also available from high street bookshops and the usual online (film-music) stores.

Reviews, discussions and articles about the book: 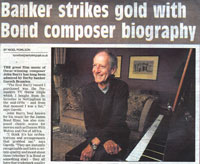 - November 2008: Bristol Books and Publishers
- November 2008: Redcliffepress
- December 21, 2008: Filmscoremonthly.com , discussion forum.
- December 26, 2008: Quinton author's labour of love , "For Quinton author Pete Walker completing his “labour of love” took more than two decades."
- January 16, 2009: Record Collector " top marks all round to everyone involved for getting it so right."
- January 17, 2009: This Is Derbyshire. Interview with Gareth Bramley.
- November 5, 2009: Ain't It Cool "Perhaps one of the most comprehensive and interesting composer biography to hit the shelves in recent memory is JOHN BARRY: THE MAN WITH THE MIDAS TOUCH written by Geoff Leonard, Pete Walker, and Gareth Bramley (you know with three authors it has to be good!). "

JB is apparently appearing on

Bond - Bond.
The world of James Bond is examined in an exclusive profile of one of the most enduring icons of popular culture. This programme looks at the unrivalled impact of Bond, examines the longevity, success and impact of the character, and investigates the creative and artistic aspects particular to the Bond brand. Melvyn Bragg interviews the first James Bond, Sir Sean Connery, and goes behind-the-scenes on the set of the new film Quantum of Solace where he speaks to the current James Bond, actor Daniel Craig, as well as various other members of the cast and crew.

A workshop of "Billy" took place in early October, apparently with a view to a possible regional tour / West End production.

Don Black and the writers were apparently in attendance.

Paul Kerryson is the artistic director of the new Leicester Curve Theatre and does do musicals. Kenny Wax is a general manager/producer for a number of shows, usually in collaboration with other, bigger production companies.

If it happens, they might use Leicester as the out-of-town try-out and see how it goes down, then tour it if they think it'll work.

There was also a special appearance by Don Black himself and a world premiere of songs from Don's new musical, written with Michel Le Grand, 'The Count Of Monte Cristo'.

Fortunately, the concert was recorded and will be broadcast on BBC Radio 2 on Friday 22nd August at 7.30 p.m. BST.  It's likely that the programme will be available afterwards, for 7 days, as part of BBC's "listen-again" facility. We cannot guarantee, however, that it will be available to those not living in the UK. 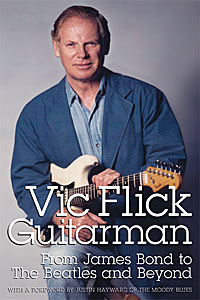 It seems that politicians always think they know better than experts. The Irish EU Commissioner, supposedly charged with guarding Europe's musical heritage, is proposing changes that could well have the opposite effect.

Despite two exhaustive studies which have come down firmly against extending the present 50 year term for sound copyright, the EU wants to raise it to 95 years.

Consider the following scenario:  a major record company issues a recording which does not sell very well, so it is deleted from the catalogue after five years.  Another record company could ask for permission to license the recording for reissue, but it would involve significant payments in fees which would force a high charge to be made for the CD, and possibly render the whole exercise uneconomic. Fifty years after the original recording was released any record company could reissue the music without having to pay a fee, thereby reducing the cost of production, although royalties would still have to be paid to the composers and lyricists. This is the current situation, and it has resulted in a number of small record companies offering the public many interesting, but previously neglected, recordings of unique material which is no longer of any interest to the major record companies.

If the EU proposals become law, the same recording, deleted five years after the original release, could remain 'lost' to music lovers for a further 90 years. Not only would this greatly diminish the wide variety of recordings currently available, it would also deprive many composers of the opportunity to earn royalties on their music.

Surely it is possible to devise a fair scheme whereby the original recording companies retain the copyright so long as they make the recordings continually available to prospective record buyers. If they fail to keep the recordings in their catalogue, then it should fall into the public domain after a few years so that anyone else could release it if they wished. This would ensure that many fine recordings from the past would be available, rather than locked up in record company vaults for longer than the lifetime of most people on earth.

The main concern must surely be to increase the availability of music, to the general advantage of everyone – especially musicians. The fear is that the EU's proposals would have the opposite effect.

Most of the major record companies are part of giant international entertainment conglomerates controlled by accountants in the USA or Japan. Are these really the right people to be charged with the future of Europe's musical heritage?

The British Government has asked for the public's opinions. Please visit the following website and make your feelings known.

If you need further evidence of the weakness of the European Union's proposals, you need look no further than the USA, where the term of sound copyright was increased in the late 1990s. It has resulted in hardly any releases of vintage recordings. American music lovers now look to Europe for recordings of their great artists from the first half of the last century. 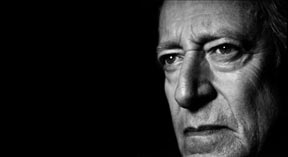 John Barry, one of the most celebrated film composers of modern times, is guest of honour for this very special evening of his music.

Presented by RTÉ lyric fm's Movies and Musicals and hosted by Aedín Gormley, the concert features famous themes from Goldfinger, Out of Africa, Dances with Wolves, Zulu, Midnight Cowboy, Chaplin and many more, all heard to thrilling dramatic effect with the full might of the RTÉ National Symphony Orchestra.

"It's All Happening" released on DVD