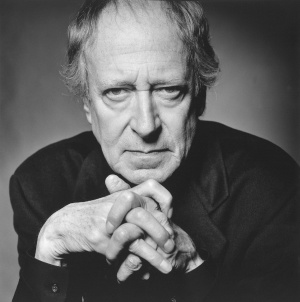 Welcome to the newly designed John Barry - The Man With The Midas Touch website.

For the uninitiated, yet curious, John Barry was arguably Britain's best-known composer of film music. He emerged at a time when the score of a movie was seldom recorded for the album market, and when the musical arranger, for all his importance to the end product, was a comparatively anonymous part of the film-making process.

Barry's career spanned the years in which there was an increasing awareness of the importance of these roles. The expansion of the record industry in the 1960s; the growing recognition of the impact of a memorable main theme on box office receipts; a wider acceptance of film music as a serious art form per se, all helped ensure that securing the services of a 'name' composer is now almost as important as hiring the star actors. Musicians from all genres entered the fray, but only the most talented survived.

John Barry not only survived, but prospered spectacularly. The aim of this web-site is a modest one: to help explain the route he took to win the position of preeminence he holds. In doing so, we set out to provide as complete a record of his musical achievements as possible.

It is also an invaluable reference point for any inquisitive musicologist who wishes to sample Barry's prolific output; and finally, it may induce the record industry to continue to re-evaluate what has become an internationally popular back catalogue.

Geoff Leonard (owner) and Ruud (webmaster) have been running the John Barry website since June 18, 2001.