What a Whopper on DVD

The Adam Faith film, What a Whopper, is being released by Renown Pictures on 31st January 2011.

John Barry's connection to this film is that he arranged Faith's songs, What a Whopper & The Time Has Come.

What a Whopper (the song) has never been commercially released.

The Whisperers with Richard Rodney Bennett's Equus on new CD

Unlike the previous Ryko release, The Whisperers will not include any dialogue from the film.

Producer Bruce Kimmel has said that although shipping date is towards the end of November, those ordering direct from him usually receive copies well in advance of that.

Bruce @ Kritzerland has also confirmed that a CD re-issue of THE KNACK is also in the works, but by another label, not Kritzerland.
18 October, 2010

Sunday Night at the London Palladium now on DVD 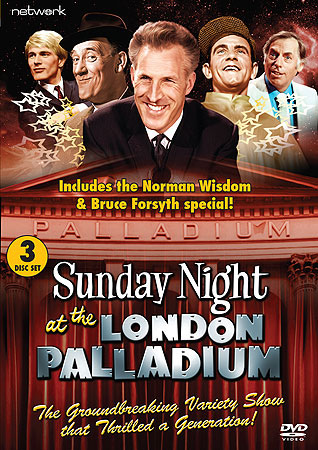 In celebration of the London Palladium’s centenary, Network are about to release a 3-DVD set containing some of the best of what remains in the archives for the original run from the 1950s and ‘60s, with hosts including Tommy Trinder, Bruce Forsyth and Jimmy Tarbuck.

It also includes the special two-hander show from February 1961 that featured only Norman Wisdom and Bruce Forsyth.

We do not know if the complete performance of Adam & the JB7 will be included, but at only £14.99 for over 8 hours of vintage TV it's probably worth taking a chance!

Available from 8th November from Amazon.co.uk and other outlets.

Gent confirms John Barry's absence. Arnold to accept award instead
The organisation of the Ghent Film Festival has confirmed in an email to us that John Barry will not be present at the festival concert celebrating his music to accept thelifetime achievement award in person, due to health reasons. David Arnold will now accept the award in his name.
11 October, 2010

Update: Peter Greenhill had a quick word with David Arnold, after the charity showing of 'Psycho' at the Empire, Leicester Sq, London, when he did a signing with Christopher Gunning and Anne Dudley. Pete mentioned the Ghent award he was picking up for Barry this week and asked how Barry was. Arnold said that he'd spoken to Barry on the phone on Saturday night and he was 'OK' but not well enough to travel. He also said that there is an issue with John being surrounded by people wanting to chat and get autographs when he attends these events and implied that he finds this a little stressful. David said it's a great programme on Thursday and said that he's looking forward to hearing this music played live by a great orchestra.

Don Black - BMI Icon
Many congratulations to Don Black who has been honoured as a BMI Icon.

Over 50 awards were handed out, including BMI “Million-Air” Awards recognizing songs that have generated more than three million U.S. radio and television performances.

One of these songs is Born Free: 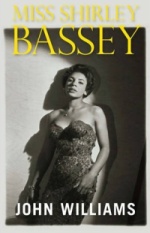 Miss Shirley Bassey
Written by author John Williams, this is an unauthorised biography of the singer, just been published in the UK.

A cursory glance through the book reveals details of an affair with John Barry during the '63/4 concert tour.

It also includes an unsuccessful legal attempt to force the Bond producers to include "Mr Kiss Kiss Bang Bang" in the film Thunderball, after Barry had allegedly not liked her version and re-recorded it with Dionne Warwick.

The book is already available at almost half-price via amazon.co.uk
Book review in The Guardian

Don Black to be Named Icon at BMI London Awards

Don Black to be Named Icon at BMI London Awards

The Melancholy Touch: Romantic Shades of John Barry’s Bond included in new book "James Bond in World and Popular Culture: The Films are Not Enough."

Karl Madden, Professor, Dept of the Library, Medgar Evers College, City University of New York, has written a book chapter entitled The Melancholy Touch: Romantic Shades of John Barry’s Bond – which is included in a new book to be available this September 2010 by Cambridge Scholars Publishing: "James Bond in World and Popular Culture: The Films are Not Enough".

Edited by Robert G. Weiner, B. Lynn Whitfield and Jack Becker, the book can be pre-ordered via amazon.com and although (currently) quite expensive ($82) it consists of an impressive 515 pages containing 40 original essays with new insights, scholarship, and understanding to the world of James Bond. Topics include the Bond girl, Bond related video games, Ian Fleming's relationship with the notorious Aleister Crowley and CIA director Alan Dulles. Other articles include Fleming as a character in modern fiction, Bond Jr. comics, the post Fleming novels of James Gardner and Raymond Benson, Bond as an American Superhero, and studies on the music, dance, fashion, and architecture in Bond films. Woody Allen and Peter Sellers as James Bond, are also considered as is Japanese imitation films from the 1960s, the Britishness of Bond, comparisons of Bond to Christian ideals, movie posters and much more. Scholars from a wide variety of disciplines have contributed a unique collection of perspectives on the world of James Bond and its history.

Madden: "I tried to explore a subtle sadness – a deeper dimension than is usually recognized – I feel John Barry brings to the character of James Bond."

Article on the filming of Guy Hamilton's 'The Party's Over'

"The amoral ones",
article on the filming of Guy Hamilton's 'The Party's Over'
Peter Cowie, Films & Filming, December 1962
Scanned by Geoff Leonard, June 8, 2010

The first ever Zulu film exhibition opens on the 24th July at the London Film Museum. 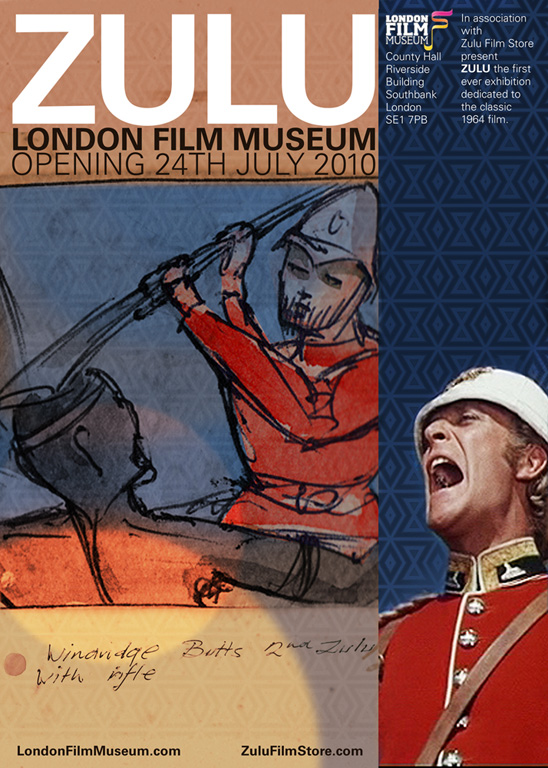 Drumbeat to be released on CD 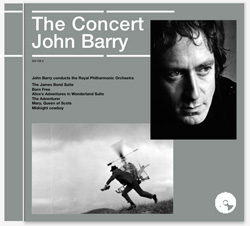 The definitive cover of The Concert John Barry, using a legendary still from FRWL. Everything should be ok for the May 10th release.

We are very grateful to producer Stéphane Lerouge for the opportunity to publish his thought provoking, insightful booklet notes for the forthcoming  CD of The Concert John Barry, due to be released in May. (PDF file).

Four in the Morning at BFI

Capital Tales: Four in the Morning

The BFI are screening Four in the Morning next month:

Variety.com reports that John Barry "is being honored with a lifetime achievement award from the World Soundtrack Academy. The four-time Oscar winner will receive the award on Oct. 21, during the Ghent Film Festival in Belgium.

Ceremony will be followed by a performance of Barry's work by the Brussels Philharmonic. Program will include selections from "Goldfinger," "Out of Africa," "Dances with Wolves" and "Midnight Cowboy."

A French Universal Press release can be found here (scroll down the page).

Courtesy of producer Stéphane Lerouge we are now pleased to be able to confirm the full track listing for this forthcoming CD.

Details about the liner notes and the artwork will follow as soon as available in English.

On their Facebook site they say: "Join us in finding a way to save the historic Abbey Road Studios from being sold to property developers.We want to keep the studios operating as a recording facility for future generations.

PLEASE INVITE ALL YOUR FRIENDS!"

Intrada announce The Day of The Locust

Mack produces both LPs with emphasis on original scores while weaving in period music important to each respective movie, greatly enhancing mood of final album.

For THE DAY OF THE LOCUST, John Barry anchors with rich, warm main theme, then surrounds with appropriate variants to fit each scene. For climactic sequence, Barry writes what might be his most intense, dramatic cue of a long and famed career! Intrada CD features same classic program as London LP, presented from mint condition stereo album masters vaulted at Universal Music Group.

The Concert John Barry on CD

Producer Stephane Lerouge (Universal, France) has confirmed "The Concert John Barry" is due for release in April/May.

It has been remastered from the original tapes which were traced, after much searching, to Universal's Tokyo office.

The CD will contain four bonus tracks, as yet unnamed.

The new artwork will be added as soon as we have it.

The James Bond Suite: (Goldfinger / The James Bond Theme / From Russia With Love / Thunderball / 007 / You Only Live Twice / On Her Majesty's Secret Service / Diamonds Are Forever) / Born Free / Alice's Adventures In Wonderland: Suite - (Curiouser & Curiouser / I've Never Been This Far Before / The Me I Never Knew); Midnight Cowboy / Mary, Queen Of Scots / The Adventurer

(The Royal Philharmonic Orchestra conducted by John Barry) ;
Leader of the R.P.O. - Erich Gruenberg, who is also the soloist on Mary, Queen Of Scots.