Première CD release of The Dove 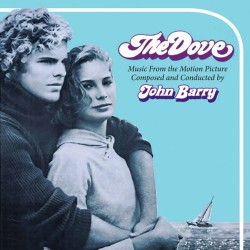 Première CD release of The Dove

A surprise but very welcome announcement from Intrada Records sees the première CD release of The Dove.

Not only that, it is an expanded edition with eleven bonus tracks, most of them being mono score cues never previously released.

According to Intrada, the original album tracks have been "newly re-mixed and re-mastered in vibrant stereo from 8-channel session masters stored in pristine condition in UMG vaults."

Available either direct from Intrada or from SAE, this is clearly an essential purchase for all John Barry fans!