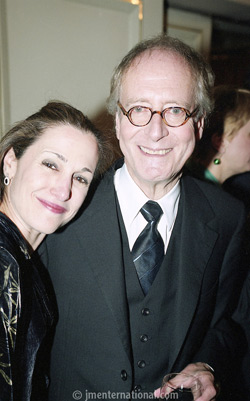 The Music Industry Trusts award has two aims: to raise money for the nominated charities, and to honour an individual who has  made a significant contribution to the UK music industry.

Held at The Grosvenor House Hotel in London, where John Barry and his group, The John Barry Seven, had entertained New Year revellers in the late 1950s, many photos of the occasion were taken and can be seen here, courtesy of .........      :

More in this category: « The Dove to be released on Blu-ray King Kong - "Region A" Blu-ray Release »
back to top